All objects within M-Files (excluding unmanaged objects from IML repositories) are identified using a combination of an object type ID and an object ID. The combination of these IDs - which are both positive integers - uniquely identify a specific object within the M-Files vault. In addition, M-Files maintains a version history for each managed object, with the version number also being defines as a positive integer. 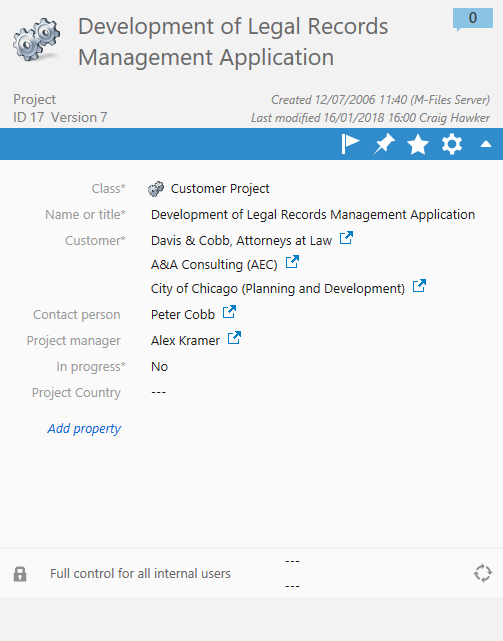 Where the ID shown may not be the internal ID

The term External ID and Display ID are used interchangeably within the M-Files documentation, but refer to the same thing; this is simply the ID which is shown on the metadata card instead of the internal ID.

When using External Object Types, the value shown on the metadata card will not be the internal ID, but will instead be the primary key of the object in the source system. This may be a number, a GUID, or any other key which is guaranteed to be unique.

From M-Files 2015.3, the M-Files system has supported the setting of display IDs via the VaultObjectOperations.SetExternalID method, subject to the following conditions:

Implementations that use this technique can be additionally confusing, as some objects within an object type may show the internal ID and some may show the external ID.

In order to interact with objects within the vault, the M-Files APIs require information to uniquely identify which objects should be processed. The way in which these values are passed depends upon the API being used.

When using the COM API, many APIs will return an ObjectVersion. This class exposes the following properties:

When using the REST API, the object type ID, object ID and optionally version number are typically encoded into the endpoint address. For example, to retrieve information on an object a GET request may be sent to http://m-files.mycompany.com/REST/objects/0/123/latest. In this example, the object type ID is 0, the object ID is 123 and the version is specified as latest.

Methods to locate the internal ID

This internal ID can then be displayed on external object’s metadata cards: 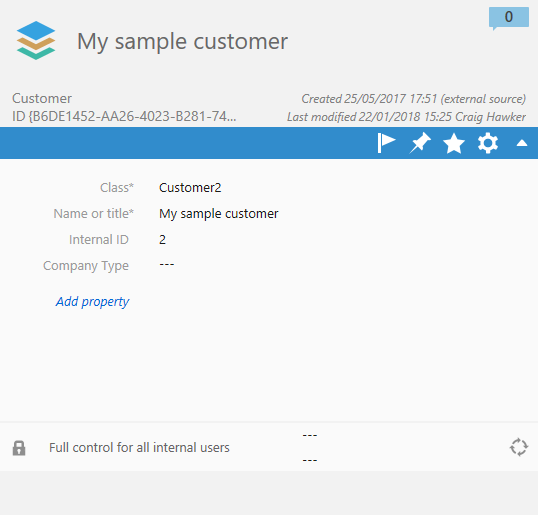 To locate an object with a given display ID, a search is often a simple solution. An example of creating a SearchCondition object to do this is shown in the ‘Searching by an external ID’ example.